Corporal Vincent Lamarre enrolled in the Canadian Army as Virginie Lamarre. A charismatic person, Vincent has been carried by his inner conviction of being a man in a female body. The movie relates the story of his sex change.

“One of the Guys” is the first documentary following step by step the process of a career female soldier who becomes a man. When corporal Vincent came out to his hyerarchy, he found with surprise that they were supportive and understanding. And so have always been his mother, grandmother and sister, although some relatives have doubts and fears of the outcome.

This documentary explores a unique perspective on gender transition without voyeurism or prejudice : a sexual transition within the army and partly financed by it.

Many questions of course rise: what defines a man? Is it his testosterone?  His penis? His warrior spirit? Or the way people look at him? 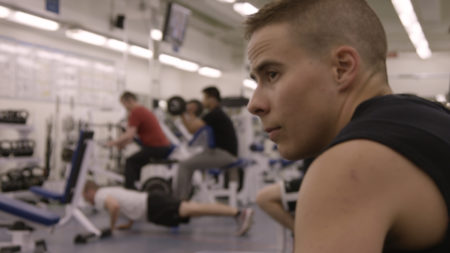 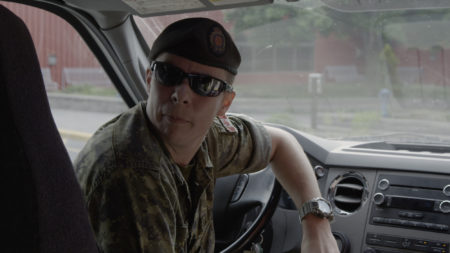 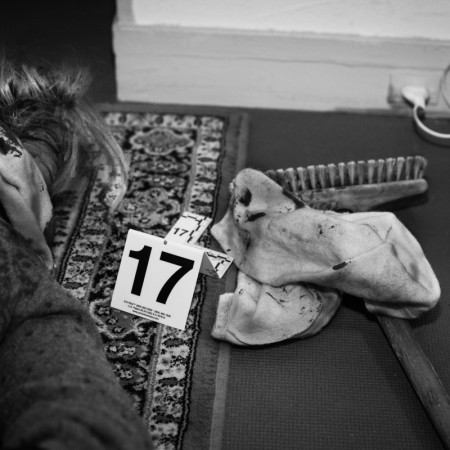 A film by OVIDIE