In far northern Greenland, when the sun finally comes back after months, children make paper suns to welcome it. This is one of many traditions that Alain and Nathalie have learnt about, ever since they have arrived in Savissik. After the death of one of their dearest Inuit friends, they joined his nephew, Olennguaq and family to live with them for nine months, All along, they are participating in their daily activities, including hunt. As in many parts of the world, more or less remote, this Inuit community is facing the challenges of modern times versus tradition: While Olennguaq struggles every day to make his family survive through traditional bear hunting, he also helps scientists to monitor the evolution of the environment and its wildlife. His community must respect hunting quotas: no more than 18 polar bears and 18 narwhals a year. In the meantime, his three year-old child is watching TV cartoons about an Inuit chasing a seal, and his other children are at school.  And quite surprisingly to the audience, his wife is making polar bear trousers for his son’s Christian confirmation, which is an important step in the life of an Inuit teenager. Alain and Nathalie allow us living inside an Inuit community step by step. 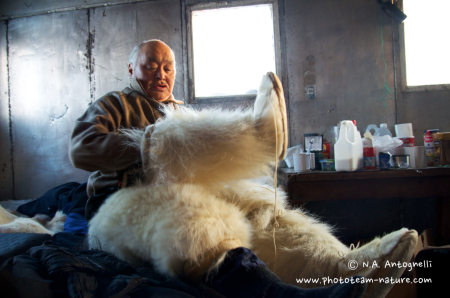 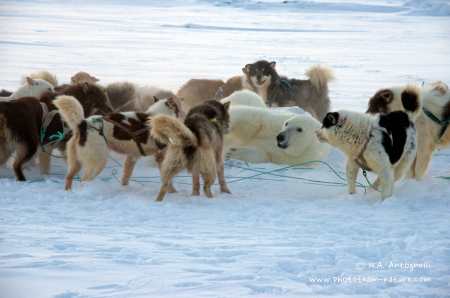 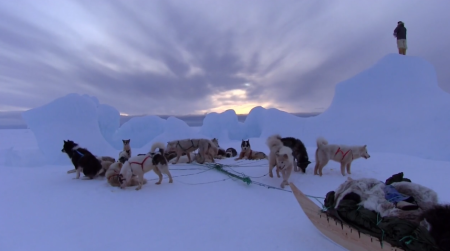 In Quest of Caribous

A film by OLIVIER JULIEN
0