In Japan, every pupil learns origami: a square sheet of paper is shaped into a frog or a lotus flower. No cuts, no glue – just folds. But in the last twenty years, this ancient art of folding has gone through a high-speed evolution with an impact in almost every corner of our society. At first for fun, mathematicians and computer scientists embraced this field and produced sophisticated, seemingly impossible models. A black forest cuckoo or the Paris cathedral – all made from just one sheet of paper. These origami freaks eventually discovered that with origami they could fold anything, create any 3D object, providing the sheet of paper was large enough. Looking at these developments, biologists wondered whether origami wouldn’t be in fact an attempt to imitate nature. And indeed, everything that develops and changes in nature is folded: mountains, blossoms, the brain… Life is an unending series of folding and unfolding. It’s the most economical and efficient process in the natural world. And it is not only design. Folding determines also function. Today researchers in robotics, medicine, biology, nanotechnologies, are embracing this “origami philosophy”. They are looking at how materials and molecules wrinkle, drape, flex and crease, refining origami techniques, and trying better to understand and duplicate nature’s universal folding principles. The Origami Code explores this silent deciphering and mastering of a completely new dimension of reality. The film explores how the ancient art of folding paper has entered the cutting-edge domains of research and now could lead the way to the ultimate stage in bionics. 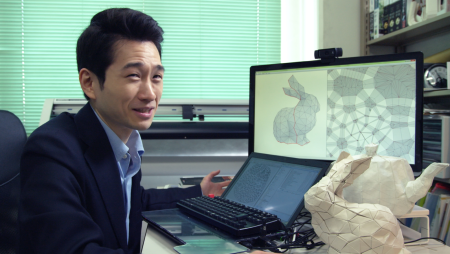 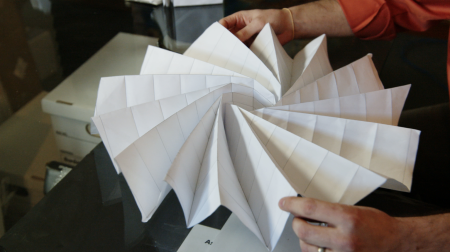 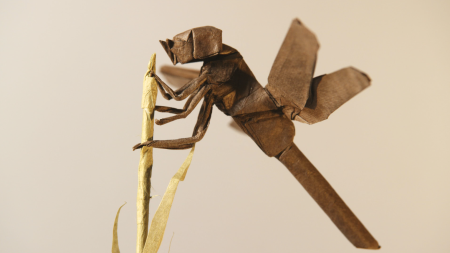 A film by Gillian MOSELY

ROMULUS, THE LEGEND OF ROME

A FILM BY SERGE TIGNÈRES
0